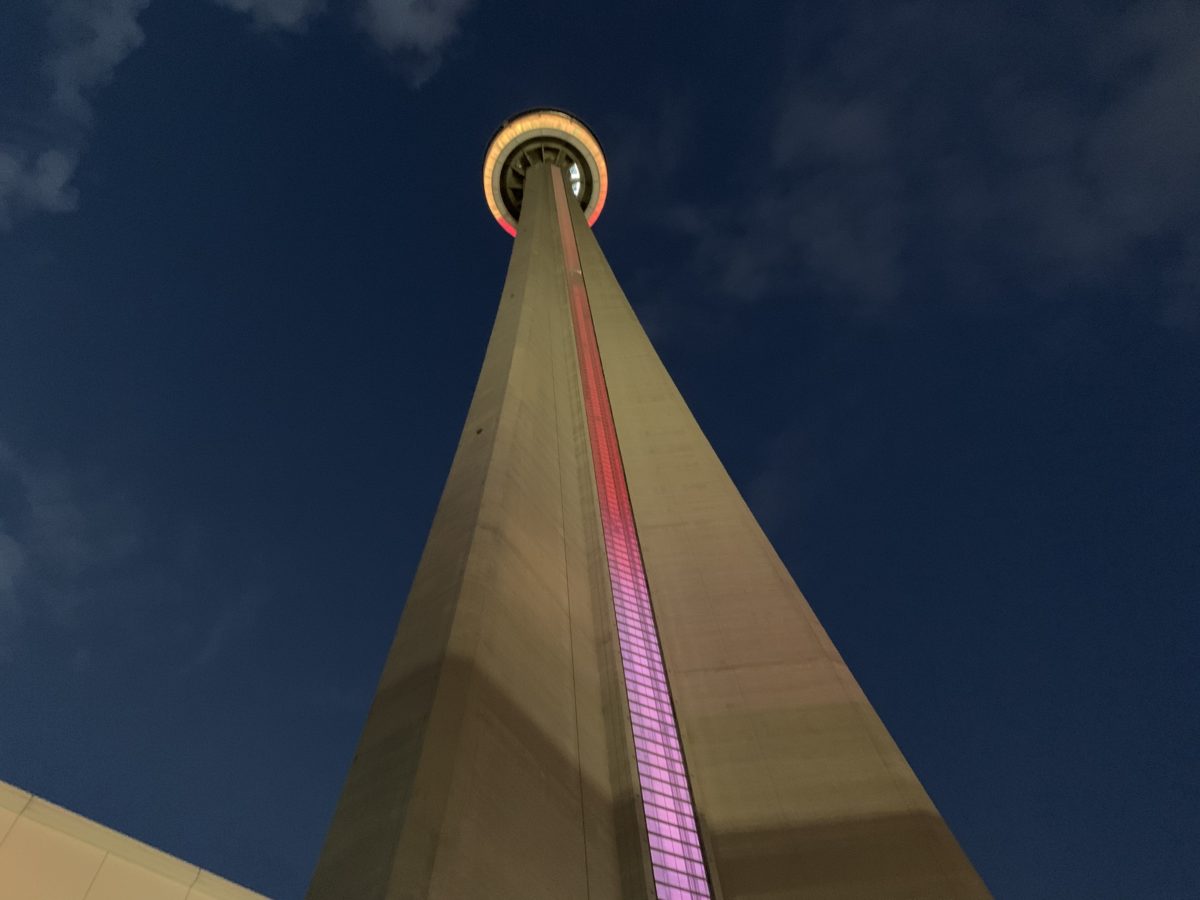 If you are planning a trip to Toronto, you should visit one of it’s most famous landmarks and signature icons of its skyline, the CN Tower. Located in downtown Toronto, it stands at 553.33m (1,815ft5in). The idea of the CN Tower originated from the 1968 Canadian National Railway’s desire to build a large TV and radio communication platform to serve the Toronto area, as well as demonstrate the strength of Canada and Canadian industry. It continues to be used as a communications tower for a number of different media and by numerous companies. 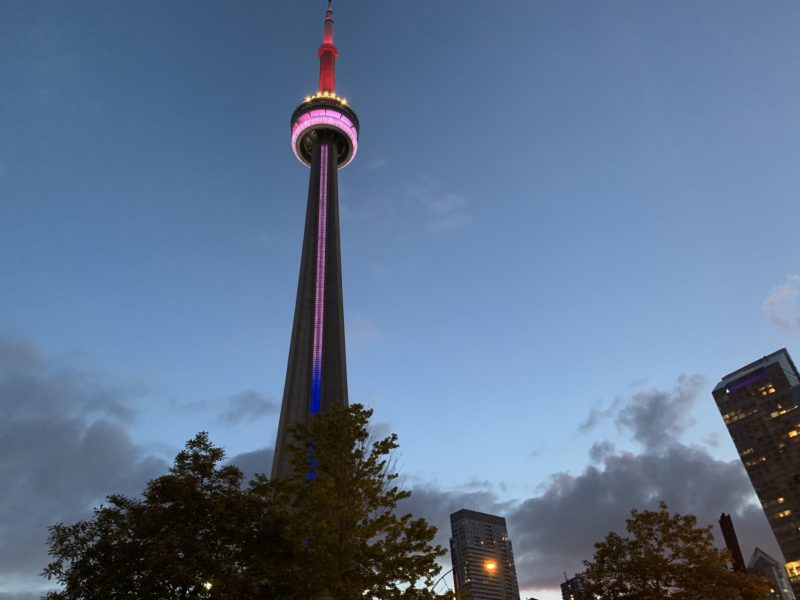 Here are fifteen interesting facts about the tower.

1. The CN Tower was declared one of the Seven Wonders of the Modern World in 1995.

2. Its name “CN” originally referred to Canadian National, the railway company that built the tower.

4. Its claim as the tallest structure in the world was surpassed on September 12, 2007, by the Burj Khalifa and the Guangzhou TV & Sightseeing Tower in 2009.

5.  It has the tallest metal staircase on Earth with a total of 2,579 steps.
6. It boasts the world’s highest ‘hands-free’ external walk on a building, 356m/1168ft (116 stories) above the ground, called the EdgeWalk.
7. In August 2015, a wheelchair-accessible version of the EdgeWalk was introduced.
8. It has a glass floor that at 342 m (1,122 ft) is capable of holding the weight of five hippos.
9. The Guinness world record for the highest wine cellar is CN Tower’s “Cellar in the sky” located 351m (1,151 ft).
10. It is outfitted with 1330 LED lights that can produce 16 million different color combinations.
11. It gets hit by lightning on an average of 75 times a year.
12. It was built with the strength and flexibility to withstand an earthquake of 8.5 on the Richter scale.
13. It has been featured in numerous television shows, music recording covers, video games and films including Highpoint with Christopher Plummer.

14. On a clear day, visitors to the CN Tower’s observation deck can see over 160 kilometers (100 miles)—all the way to Niagara Falls and across Lake Ontario to New York State.