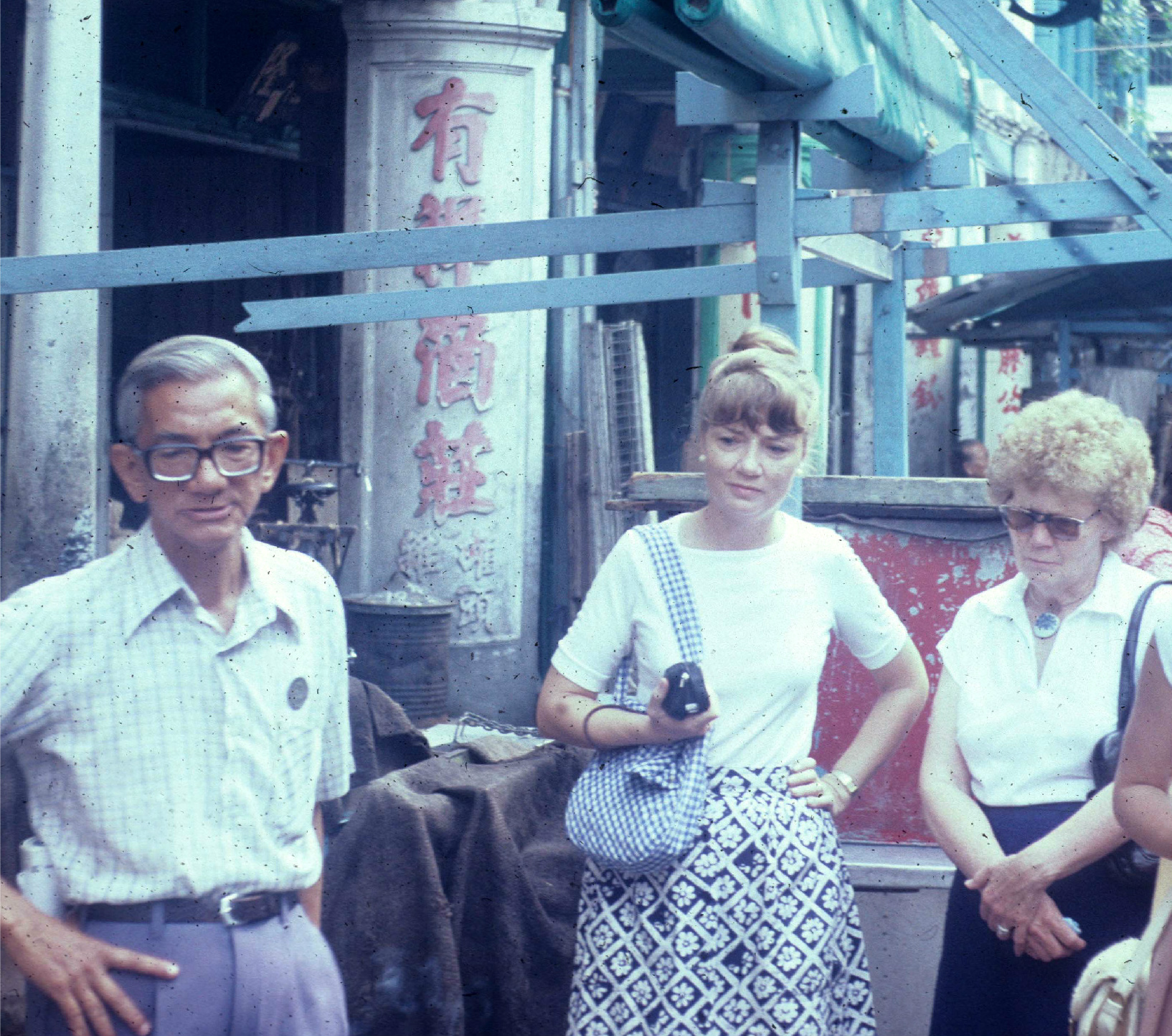 When we leave our country of origin to live and work in another, we expect to encounter life-changing experiences. As one saying goes, “What doesn’t kill us makes us smarter and stronger!”

I love to recall a story from my first weeks as an expatriate wife. The lessons of that day continue to shape my life nearly four decades later. Here’s the story. The lessons appear at the end.

In the late 1970’s my husband’s company relocated our little family of four from California to Singapore. Because the company maintained several offices in Singapore, there were other expatriate families who preceded ours. Fortunately there was also a company culture of the veteran expat wives welcoming the new wives, helping them navigate the new culture while the husbands worked. The informal orientations included teas, lunches and outings to share helpful information about housing, schools for the children, hired help, local business and social customs, etc. After the initial get-togethers, the veterans returned to their own activities. Lucky for me, one of the company wives, Merrilu, seemed particularly friendly, and invited me to “call anytime” if I had questions. 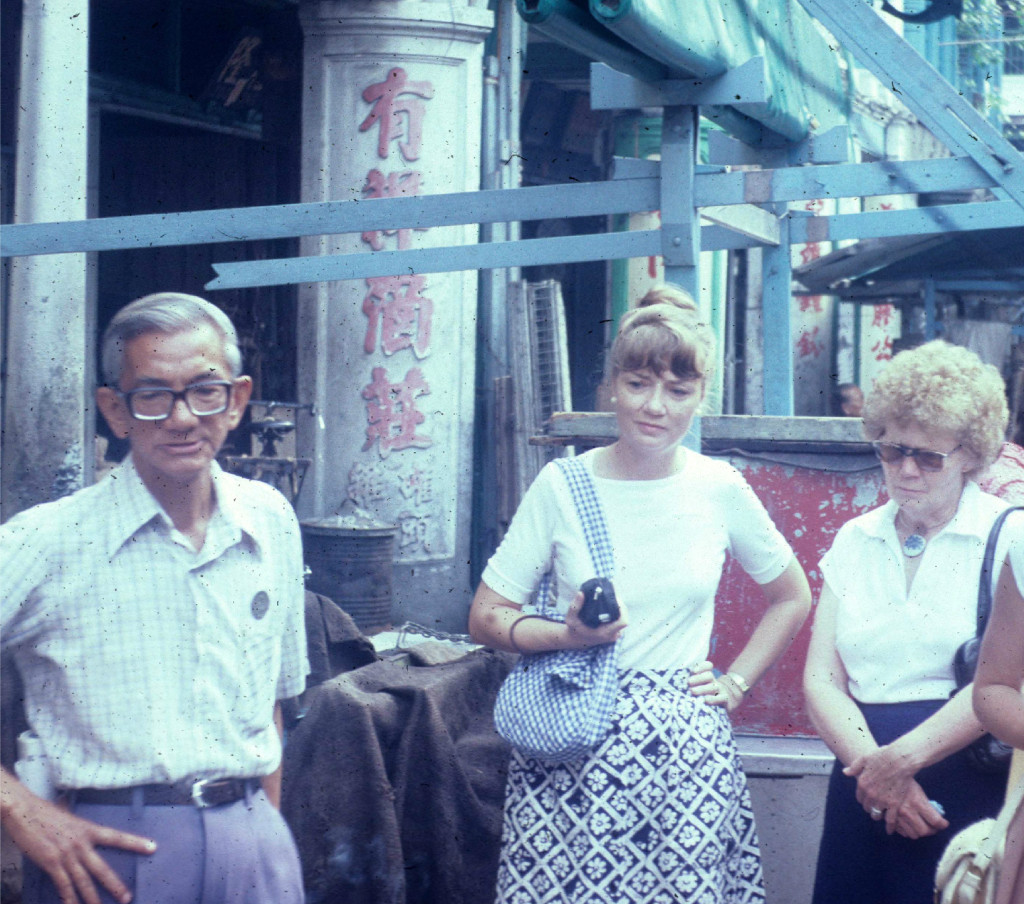 Tresa Eyres (center) as a newly-arrived expat in 1976 on a walking tour of Chinatown, Singapore. Watching a python being gutted to sell in the market. New experiences seen as opportunities to learn. 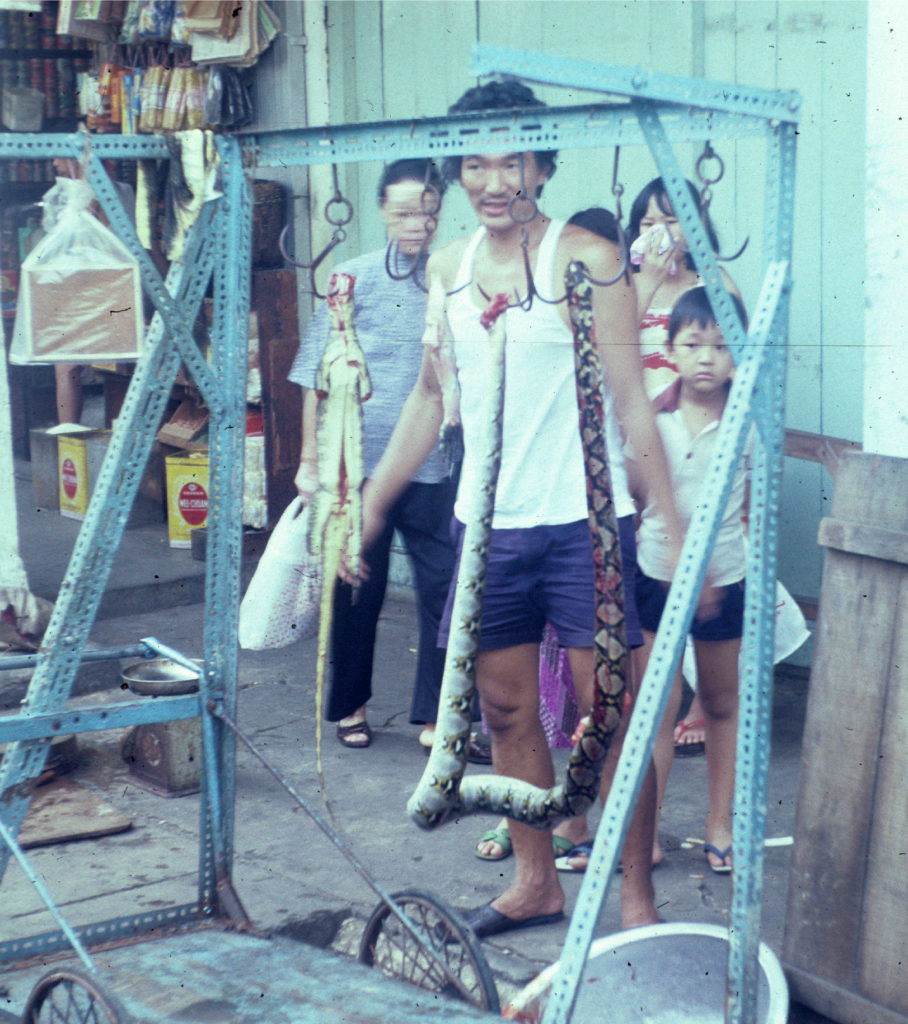 The Python before it was gutted.

After a few weeks of living in a hotel, our family found a suitable apartment and moved into the partially furnished quarters. One such furnishing was a rusted-out, front-loading washing machine in the kitchen. The kitchens in our Singapore apartment building, by the way, were not like modern American kitchens. They were open-air, tiled rooms intended for the amah (hired help) – which our family had not yet acquired.

Living in the tropics, the day quickly came when we needed clean laundry. Thinking the job would be easy, I loaded the washing machine with clothes and detergent, turned the beast on – and a few minutes later watched in horror as it began disgorging water and suds from the sides and bottom. Fortunately, the kitchen floor was ceramic-tiled with a large drain in the middle, so the mop-up was not too difficult. 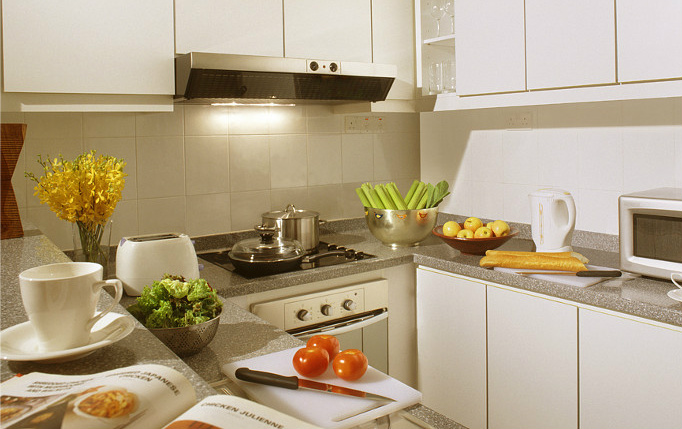 Today’s modern Singapore kitchen (they didn’t look like this in 1976).

Now the problem became how to do laundry until a new machine could be arranged. The only possible immediate solution was to wash the clothes and linens by hand in the bathtub. There being no such thing as an automatic dryer and no plastic laundry basket, I had to carry the wet laundry – including bed sheets – in my arms through the living area to the drying porch. My intent was to hang things on the bamboo poles, held by metal brackets about 12 feet above the floor.

Now, hanging laundry on bamboo poles may not seem that difficult. (I had watched Merrilu’s amah manage the task with ease.) By standing on a kitchen chair, the small pieces were easy enough. The heavy and unwieldy wet sheets, however, created a challenge. I kept dropping them. And as the sheets fell, the bamboo poles rotated, causing the smaller items to fly about and fall as well. This meant having to carry everything back to the bathtub, rinse, wring, and try again. Adding to my trials were my two assistants – my three- and five-year-old daughters – who were in another room unpacking boxes and unwrapping household items as though it were Christmas.

So my introduction to housekeeping in Singapore – which was to be our home for the next four years – was not promising. There were stories of similar initiations into Singapore life that had sent other expat wives home to the U.S. within months of arrival. I was not going to be one of those. What to do? My husband was busy at the office learning the ropes there, so I couldn’t disturb him with household problems. My California family and friends were 8,500 miles away. There was no internet, international telephone calls were exorbitantly expensive, and letters to and from the U.S. took minimum two weeks round trip.

The only option was to persist. After several attempts, I finally met success. The wash was hanging to dry, but I needed to share my experience. Hoping for sympathy, I remembered the friendly Merrilu, located her telephone number, and fortunately found her at home.

What Merrilu provided was not the expected condolences. It was something enormously more valuable. In fact, to this day, I credit Merrilu with saving my life.

As I began to lay my out my sorry story of the rusty machine, the back-breaking scrubbing, rinsing, and wringing in bathtub, carrying the dripping clothes and sheets through the apartment to the drying porch, ineptly hanging – then dropping – everything on the floor, Merrilu began to laugh. In fact, she found my story hilarious. 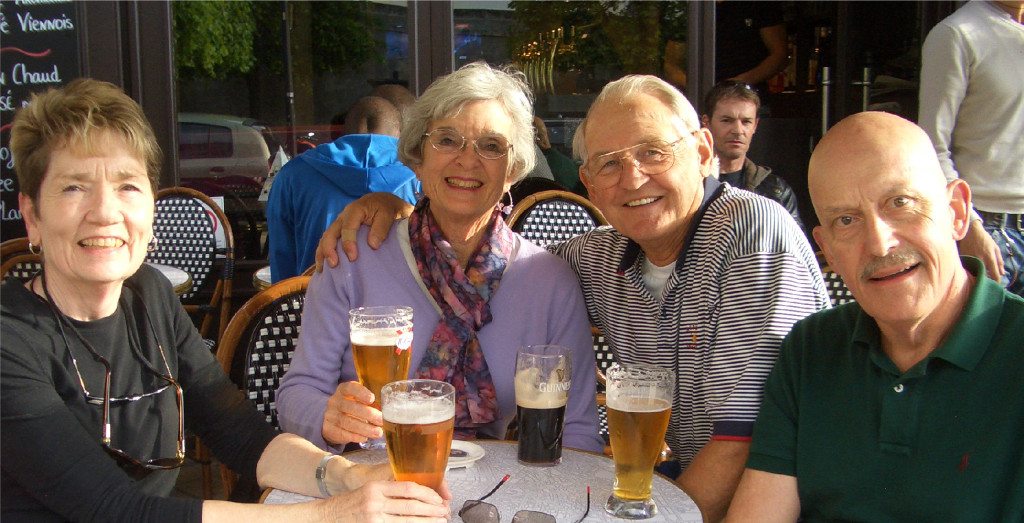 Tresa and husband Jim (far left and right) with friends Merrilu and husband Gene (center), a fun-loving foursome on a rollicking trip through France in 2012.

At first, I took her laughter as rude and wondered if I’d made a mistake calling her. Then, reality hit me: “This situation really IS funny!” I started laughing, too. That moment became the turning point that made those four years in Singapore some of the best of my life. I began to look at challenges as opportunities for personal growth and humor. Instead of ruing the differences between California and Singapore, I began to embrace them – even to seek them out as ways to open up to another culture.

So, here are the lessons learned beginning that day in 1976 and in many experiences since – both in the U.S. and around the world:

P.S. Since I met Merrilu, there have been other memorable times when the gift of laughter has seen me through challenges. Though Merrilu and I now live in different states, we still stay connected by phone and, when possible, in person. The outcome is always hilarity.

About the author: Tresa Eyres lives and works in the San Francisco Bay area. She is the founder of Eyres Consulting (www.eyresconsulting.com), a company that specializes in developing custom learning programs for a wide range of industries. Tresa regularly donates her time and talents to charitable global and educational organizations that reflect her convictions about community, collaboration and communication. Currently she is partnering with other professionals to increase the employment and leadership opportunities and skills of women in Turkey.