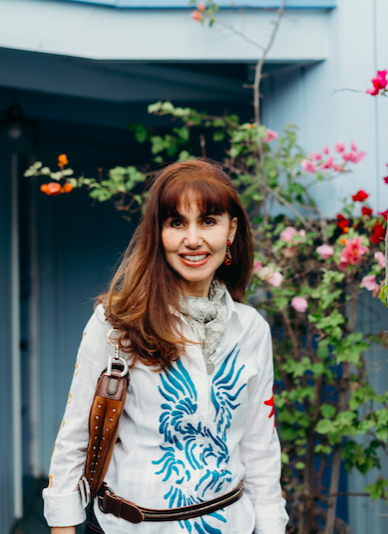 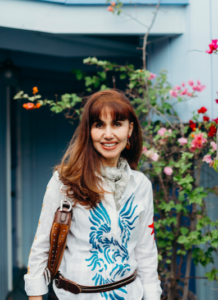 Magdalena Yesil was a first investor and founding board member at Salesforce and founder of Broadway Angels. We are excited to have her speak in conversation with Emily Poplawski, Associate Member at Broadway Angels at our inaugural EMPOWERED Women’s Leadership Summit on March 24th in San Francisco.

Magdalena Yesil is a founder, entrepreneur, and venture capitalist of many of the world’s top technology companies, including Salesforce, where she was the first investor and founding board member. She is a founder of Broadway Angels, an angel group of female investors. A technology pioneer, Yesil cofounded three companies dedicated to commercializing Internet access, e-commerce infrastructure, and electronic payments. UUnet, CyberCash, and MarketPay earned her the Entrepreneur of the Year title from Red Herring magazine. Her current company, DriveInformed, uses technology to bring trust and transparency to the auto finance industry.

Welcome to The Expat Woman, Magdalena. Thank you for answering a few questions for us!

Can you tell us a little about your experiences as an investor? How did you first get involved in investing in startups?

I’ve been investing and serving on boards since 1997. I was a venture capitalist for almost ten years, and I had never really been a private company investor before. I learned how to invest by basically watching my senior partners at US Venture Partners. Over time, I was assigned board seats—first for investments that the firm had made, and then eventually in investments that I was making.

What types of companies do you invest in? And what you look for in a startup you are considering an investment in?

I mostly invest in early stage startups. However,  sometimes work with later stage companies as well. Zuora, one of the companies where I serve on the board actually just filed for an IPO earlier this month. So that’s no longer going to be an early stage company; it’ll be a public company very soon.

When I’m considering an investment, I look for two things. The most important piece for me is the team. The founders are the people who are going to be basically the custodians of the money that we invest. We look at their ability to deal with difficulty, figure out if they have staying power, and figure out how scrappy they are. I want to know are they willing to do anything and everything to make this thing successful? In the end, what really makes a company are the people who work there.

The second area I focus on is the market because, no matter how hard you work (and entrepreneurs work extremely hard), if the market size isn’t large enough or the market isn’t ready for your product, you will most likely fail.

That combination of a great founder team—who are hungry and won’t give up at the first bump in the road—combined with a large rising market make a great investment combination for me.

In November 2017, your book POWER UP: How Smart Women Win in the New Economy was published. What inspired this book?

In late 2015 and early 2016, the environment was getting increasingly negative for women who were considering technology careers. The news media was covering the Silicon Valley bro culture and the fact that it was hard for women to be successful at the upper echelons of corporations. What was very disappointing for me was to see that a lot of the younger women who were reading this news were beginning to opt out of technology oriented industries.

I want to have more women partake in technology. If they’re opting out [of these careers] now, that means we’ll have fewer women tomorrow. I wrote the book to inspire women, not just by my own career, but by showcasing 27 other successful women. I wanted to bottle all of our learning so the reader doesn’t have to make the same mistakes, and, even if they do, at least they can see how the generation that went before them came back from hitting bottom. How did we reenter the workforce? How did we get the promotions we wanted? How were we successful as entrepreneurs? It really is an opportunity for the reader to almost sit across from the 27 women I interviewed, listen to them, and take away real, pragmatic lessons that they can apply tomorrow in their own careers.

In your book, you talk about the importance of being unflappable and not doubting your own abilities. Why has that been valuable for you?

Being unflappable when dealing with negative input or events is important in any stage of your career. Let’s assume you get negative feedback. It’s easy to get discouraged, to doubt yourself. But you could take the very best out of an environment that is primarily negative and make yourself better because of it.

You also mention you in your book that as an immigrant you were very grateful for the breaks you did get and never took anything for granted. Can you speak a little more about your experience and how it has lead to who you are today?

I grew up in Turkey and came to the United States from Istanbul. I am full-blooded Armenian. I came here at the age of 17 for college with two suitcases and $43. I ended up in south side Chicago at the Illinois Institute of Technology in a very rough part of town. When I came in 1976, that area was not at all gentrified. It was still an incredibly segregated neighborhood, and I had no idea. I didn’t grow up here [in the US]. So, I didn’t know there were rough neighborhoods and not-so-rough neighborhoods. But I had zero prejudice. I was just here to learn.

In your opinion, how can women better support and empower themselves and one another?

Women today are so much more supportive of each other than they were when I was coming up. First of all, there were very few women in my world because I was in engineering. Secondly, when there were a few women, they wanted to have nothing to do with you. It’s what I—and a few others—referred to as the Queen Bee Syndrome. They wanted to be the only one. They could be vicious to the other women who showed up from time to time. Today, I’m happy to say that that culture is completely gone. At least, I don’t see it at all.

I have always believed that neither my successes nor my failures define me. What defines me is who I am, not what I do. Failure is just a part of our career. We always survive. If you believe that you’ll always find a way out tomorrow, then you’re not as fearful of failure. You know you’ll be just fine. At the end of the day, it really is about how much we like and respect ourselves.

Magdalena will share her story and discuss the empowering women she interviewed for POWER UP: How Smart Women Win in the New Economy at our inaugural EMPOWERED Women’s Leadership Summit on March 24th, 2018 at Galvanize, San Francisco. Follow Magdalena on Facebook @magdalena.yesil.90 and Twitter @MagdalenaYesil.

Come meet Magdalena and hear her speak at the Summit. Tickets available here.