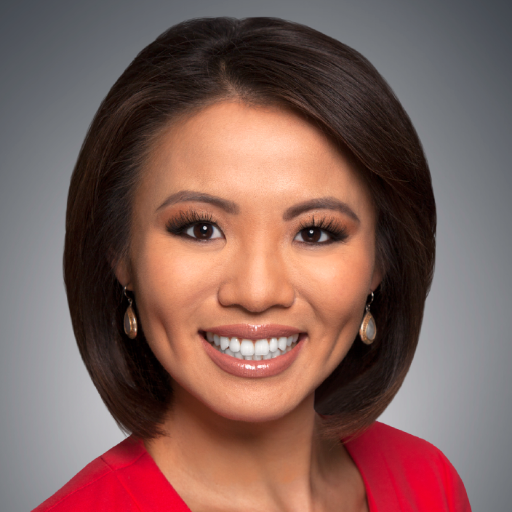 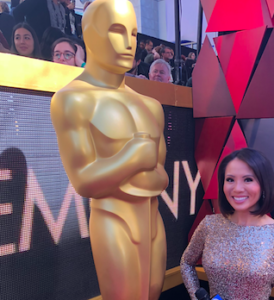 We are excited to have Dion emcee and also speak briefly about her journey to becoming a news anchor at our inaugural EMPOWERED Women’s Leadership Summit on March 24th in San Francisco.

Dion Lim has an energy and smile that light up any room. As an anchor for ABC7, she spends each day tackling interesting, inspiring, and sometimes devastating stories throughout the Bay Area. As the daughter of immigrants from Hong Kong and Taiwan, Dion’s interest in reporting began as a child, sitting in front of the TV studying ABC’s 20/20 to perfect her English. She feels privileged to use her job to share the stories of the incredible people she meets.

Welcome to The Expat Woman, Dion. Thank you for answering a few questions for us!

What do you love most about your job as a TV anchor in the Bay Area?
“Being able to meet new people, learn their stories, and give others the voice they otherwise may not have! Each day is different. My favorite stories are from ordinary people who do or experience extraordinary things. Sharing these things makes the world a more inspiring, joyful place.”

As the child of immigrant parents, do you feel your background has influenced your career choices?
“Absolutely. I think immigrant parents want their children to succeed so much they oftentimes encourage assimilation over learning about their own culture and heritage. My own parents took the route of least resistance when it came to adversity and racism. Keeping quiet wouldn’t ruffle any feathers, like speaking out would. But they also gave me a strong work ethic. Now, as an Asian American woman in TV news, I have the platform to use my voice for good and make change in the world.”

How did you first get involved with The Expat Woman?
“In a roundabout way! I had just finished speaking for the National Association of Asian American Realtors, and one of the members is active with The Expat Woman. A post she made on Facebook about an event for The Expat Woman piqued my interest and the rest is history!”

Why do you feel women should go to events like our upcoming EMPOWERED Women’s Leadership Summit and all-women hackathon?
“Because this is a chance to interact with like-minded women who have unique life perspectives but, at the end of the day, go through the same struggles and challenges we all do. It’s a space where conversation and ideas flow freely without judgment.”

How can women better support and empower themselves and one another? And why is that important in 2018?
“The obvious example would be the #MeToo movement. Evolution is only possible when women support and empower each other to speak up. #MeToo has opened the door for conversations on all fronts, not just ones on sexual harassment. A friend of mine spent 10 years with a tech company without a raise. It wasn’t until her colleagues began speaking out about their own salaries she realized she was being grossly underpaid. Another woman helped convince her to take a stand and ask for more in her paycheck. She crafted a pitch to her boss, and my friend ended up with not only a 25% raise but a bonus to make up for the wage inequality.”

What is some of the best career advice that you’ve received?
“Some of the best career advice came from the female main anchor at the station I worked at in Charlotte, North Carolina. She had been at the station for many years and a very respected journalist in the community. Everyone loved her. When I was assigned to take over as the main anchor, instead of being thrilled, I was terrified. Not that I couldn’t do the job, but would Sonja hate me? Think I was trying to steal her job? Instead, she gave me a huge hug and told me she was thrilled for me. She said that every woman has her season to shine and that the newsroom is a big enough place for all of us to display our unique talents. Instead of being jealous, catty, or resentful, she saw this as a new adventure for the both of us. That advice changed the way I conducted myself in the newsroom, how I viewed other women, and changed my life. It’s advice I will always be grateful for.”

Dion will emcee and also speak briefly about her journey to becoming a news anchor at our inaugural EMPOWERED Women’s Leadership Summit on March 24th, 2018 at Galvanize, San Francisco. Learn more about Dion at ABC7 and follow her on Facebook @DionLimTV and Twitter @DionLimTV.
Come meet and hear Dion speak at the Summit. Tickets available here